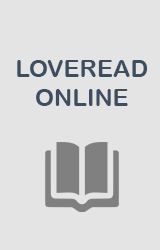 
IN NOVEMBER 22, 1963, THREE SHOTSRANG OUT IN DALLAS, PRESIDENTKENNEDY DIED, AND THE WORLD CHANGED.WHAT IF YOU COULD CHANGE IT BACK? In this brilliantly conceived tour de force, Stephen Kingwho has absorbed the social, political, and popular culture of his generation more imaginatively and thoroughly than any other writertakes readers on an incredible journey into the past and the possibility of altering it. It begins with Jake Epping, a thirty-five-year-old English teacher in Lisbon Falls, Maine, who makes extra money teaching GED classes. He asks his students to write about an event that changed their lives, and one essay blows him awaya gruesome, harrowing story about the night more than fifty years ago when Harry Dunning's father came home and killed his mother, his sister, and his brother with a sledgehammer. Reading the essay is a watershed moment for Jake, his lifelike Harry's, like America's in 1963turning on a dime. Not much later his friend Al, who owns the local diner, divulges a secret: his storeroom is a portal to the past, a particular day in 1958. And Al enlists Jake to take over the mission that has become his obsessionto prevent the Kennedy assassination. So begins Jake's new life as George Amberson, in a different world of Ike and JFK and Elvis, of big American cars and sock hops and cigarette smoke everywhere. From the dank little city of Derry, Maine (where there's Dunning business to conduct), to the warmhearted small town of Jodie, Texas, where Jake falls dangerously in love, every turn is leading eventually, of course, to a troubled loner named Lee Harvey Oswald and to Dallas, where the past becomes heart-stoppingly suspenseful, and where history might not be history anymore. Time-travel has never been so believable. Or so terrifying. 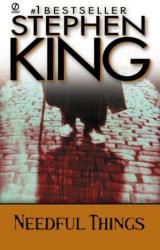 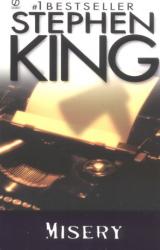 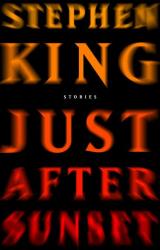 
With the heart of Stand By Me and the genius horror of Christine, Mile 81 is Stephen King unleashing his imagination as he drives past one of those road signs… At Mile 81 on the Maine Turnpike is a boarded up rest stop on a highway in Maine. It's a place where high school kids drink and get into the kind of trouble high school kids have always gotten into. It's the place where Pete Simmons goes when his older brother, who's supposed to be looking out for him, heads off to the gravel pit to play "paratroopers over the side." Pete, armed only with the magnifying glass he got for his tenth birthday, finds a discarded bottle of vodka in the boarded up burger shack and drinks enough to pass out. Not much later, a mud-covered station wagon (which is strange because there hadn't been any rain in New England for over a week) veers into the Mile 81 rest area, ignoring the sign that says "closed, no services." The driver's door opens but nobody gets out. Doug Clayton, an insurance man from Bangor, is driving his Prius to a conference in Portland. On the backseat are his briefcase and suitcase and in the passenger bucket is a King James Bible, what Doug calls "the ultimate insurance manual," but it isn't going to save Doug when he decides to be the Good Samaritan and help the guy in the broken down wagon. He pulls up behind it, puts on his four-ways, and then notices that the wagon has no plates. Ten minutes later, Julianne Vernon, pulling a horse trailer, spots the Prius and the wagon, and pulls over. Julianne finds Doug Clayton's cracked cell phone near the wagon door — and gets too close herself. By the time Pete Simmons wakes up from his vodka nap, there are a half a dozen cars at the Mile 81 rest stop. Two kids — Rachel and Blake Lussier — and one horse named Deedee are the only living left. Unless you maybe count the wagon. 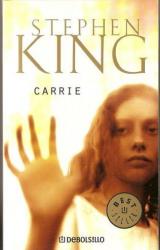 
Different Seasons(1982) is a collection of four novellas, markedly different in tone and subject, each on the theme of a journey. The first is a rich, satisfying, nonhorrific tale about an innocent man who carefully nurtures hope and devises a wily scheme to escape from prison. The second concerns a boy who discards his innocence by enticing an old man to travel with him into a reawakening of long-buried evil. In the third story, a writer looks back on the trek he took with three friends on the brink of adolescence to find another boy's corpse. The trip becomes a character-rich rite of passage from youth to maturity. These first three novellas have been made into well-received movies: "Rita Hayworth and Shawshank Redemption" into Frank Darabont's 1994 The Shawshank Redemption, "Apt Pupil" into Bryan Singer's 1998 film Apt Pupil, and "The Body" into Rob Reiner's Stand by Me(1986). The final novella, "Breathing Lessons," is a horror yarn told by a doctor, about a patient whose indomitable spirit keeps her baby alive under extraordinary circumstances. It's the tightest, most polished tale in the collection.--Fiona Webster