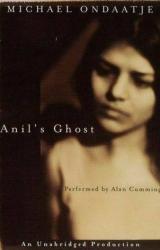 
Halfway into Michael Ondaatje's new novel, Anil's Ghost, there is a scene so quietly devastating that it alone makes the novel worth reading. It is the mid-1980s, and a civil war is raging on the tiny island nation of Sri Lanka. Each day, fresh corpses inundate emergency medical clinics-many of them so mutilated that they are unidentifiable and can only be classified as "disappearances." Anil Tissera, a 33-year-old forensic anthropologist born in Sri Lanka and educated abroad, returns to the island as part of a United Nations human rights campaign to prove that mass murders are taking place. In the hope of identifying the corpses, she takes the unusual step of hiring a local "face painter" named Ananda, who, with mud, soot, paint, and sheer instinct, reconstructs the ghostly visage of one suspiciously disinterred body. Anil then shows the image around the local villages, hoping that it will be recognized. This grisly mask becomes Anil's Ghost, and she raises it high to reveal to the world, and the government of Sri Lanka, that she knows what has been going on.In addition to being his best story yet, Ondaatje's tale is a similarly brave and grisly act of reanimation: It conjures a dark period in Sri Lankan history and reveals how the atrocities directly affect the three main characters. The novel begins with Anil's arrival on the island and builds outward from there. Forty-nine-year-old archaeologist Sarath Diaysena is assigned by the Sri Lankan government to be Anil's official guide, but in spite of his expertise, he never really warms to the role. Sarath wants nothing to do with stirring up trouble. Since his wife's suicide, he has withdrawn into his work, attempting to buffer himself against the horrors being perpetrated all around him. His brother Gamini, a doctor who works in the field clinics, cannot afford the luxury of denial; the grim casualties of war are wheeled into his clinic by the hour. Unlike Sarath, he knows that one day soon he will recognize one of the victims.When Sarath and Anil leave the city for the remote villages where Ministry of Health officials rarely, if ever, go, it becomes all but impossible for Sarath to remain uninvolved. Severed heads are staked out along the roads as a warning to anyone thinking of joining the resistance. Even the reticent Sarath admits that small guerrilla groups can hardly be the cause of such widespread brutality. Gamini, meanwhile, is so overwhelmed with triage and autopsies that he turns to his own supply of pharmaceuticals in order to stay awake. Despite the obvious signs of mass murder, Sarath begs Anil not to continue her investigation. He knows how the government will respond to an outsider who tries to exhume its dirty secrets. But Anil knows that it is this very fear that must be overcome if the murders are to be stopped. When she and Sarath find a person who can help them confirm the age of a body interred in a government-controlled cave, there is no turning back.The remainder of the novel chronicles Anil and Sarath's quest to learn the origins of this body and its identity. Even in the last 20 pages, the novel's crucial questions remain artfully suspended: How much safety is Sarath willing to sacrifice in order to bring these atrocities to light? Will the body be recognized? Will Sarath ever open up to Anil? Will either of them back down when their snooping comes to light? Anil's Ghost is the closest Ondaatje is likely to come to writing a page-turner; many readers will likely devour it in one sitting.But what makes this more than just a thrilling tale, and invites rereadings, is the way Ondaatje textures his characters' interior lives. And this is where we get vintage Ondaatje. Using flashbacks and brilliant set pieces, Ondaatje spreads out their histories before us like a cartographer, and through this careful mapping we feel his characters' pain and disillusionment. There is Anil's growing guilt over having left Sri Lanka before the disappearances began, and her attempt to expiate that guilt by working to bring these events to light. There is Gamini's struggle to keep hope alive after so many bodies have died in his arms. And finally, there is Sarath's judicious approach to each new atrocity, an attitude that mirrors his technique of keeping a close lid on his heart.In Ondaatje's literary universe, it is through loving that we define ourselves, and his characters reveal their essential natures by how they do and do not love. Anil has recently run out on her boyfriend after stabbing him in the arm with a small knife. The face painter Ananda's own wife is numbered among the disappearances. When reconstructing the faces of the missing, he gives each of them a serene portrayal, in the hope that his wife, too, will find peace. Sarath's wife, who killed herself at the height of the disappearances, is a more indirect casualty. At the nexus of these three characters is Gamini. Like Anil, he is living on the edge-giving his life to the cause of helping others-but unlike Sarath, he is willing to risk his heart by trying to find true love.In Ondaatje's previous books, his characters transcended their war-ravaged condition through sexual connection. Here, however, sex is the ground upon which the political battles raging around the characters turn personal, where people learn their fates. Ultimately, what brings home the crushing truth of the atrocities is the extent to which each character gives up on romantic love. Yet in the midst of such emotional decimation, Anil never abandons her struggle to bring the murders to light. Matters of the heart are defined by what we sacrifice. And by risking everything for truth, Anil delivers her most profound expression of love to her reclaimed country.– John Freeman 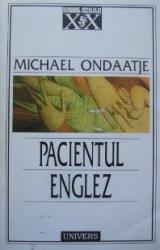